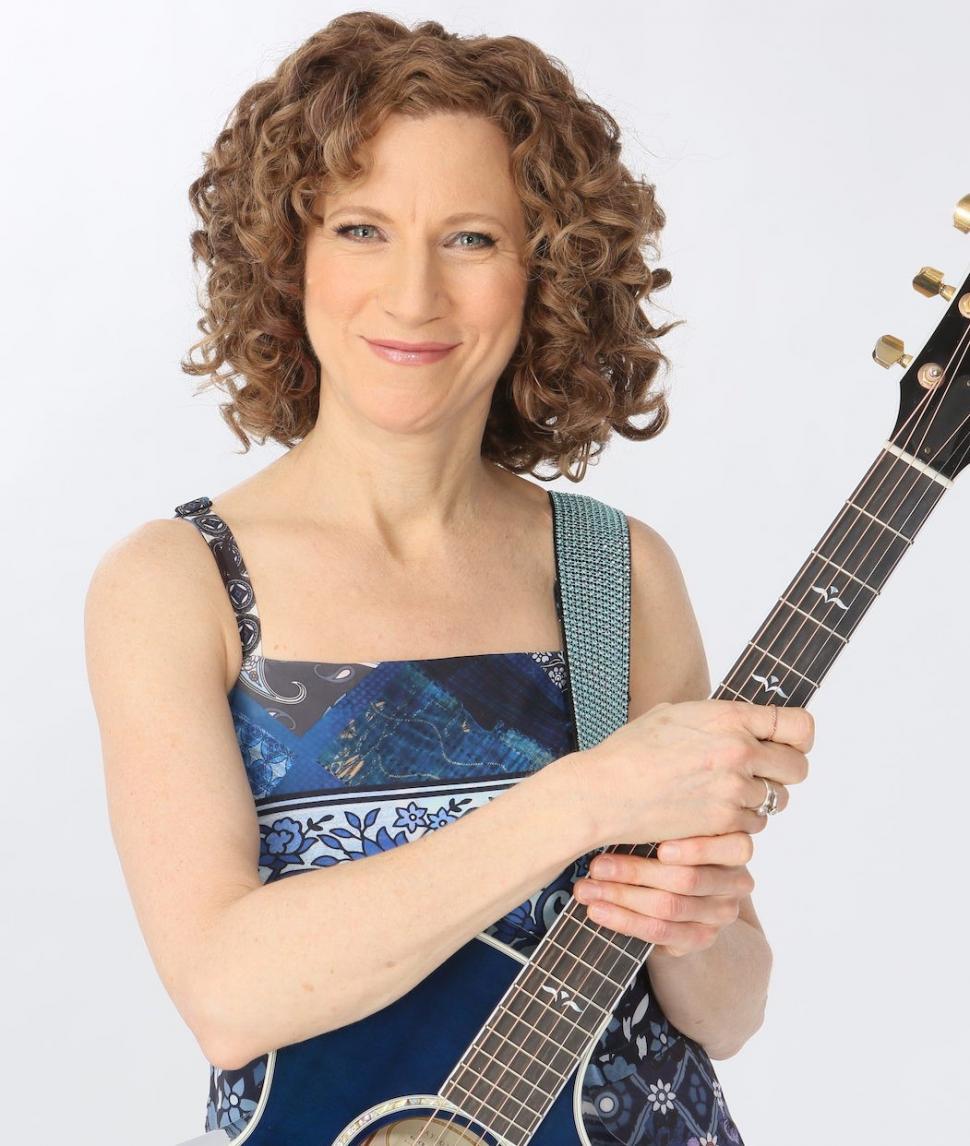 A LIVE, INTERACTIVE, VIRTUAL PERFORMANCE Legendary children's musician Laurie Berkner invites everyone to join her for a special "Dinosaur Beach Party" Virtual Family Concert. This LIVE interactive performance for the whole family! Where do dinosaurs want to spend their summer? On the beach, of course! Laurie will take kids and families marching down to a virtual beach, bringing them the real Laurie Berkner show experience, with lights, camera, and paleolithic action!
Click here for more information about this activity
Please help us keep this calendar up to date! If this activity is sold out, canceled, or otherwise needs alteration, email mindy@kidsoutandabout.com so we can update it immediately.

"We are doing another one!" says Laurie Berkner. "I am absolutely thrilled with how successful our first Virtual Family Concert was, and I can't wait to have a Dinosaur Beach Party with my fans! I'll be singing my hits - plus some new songs - and we'll have plenty of surprises at the show!"

Laurie Berkner will have everyone up and stomping to her beloved children's classic, "We Are The Dinosaurs," a prerequisite for any party populated with prehistoric pals. Laurie will also offer summer-fun songs like "Party Day," "Mahalo," "Like a Seashell," "I'm Gonna Catch You," "The Goldfish (Let's Go Swimming)," and "Chipmunk at the Gas Pump." To help everyone get the sand off their hands, she'll perform her all-new "Superhero Handwashing Song," and of course she'll present an array of such fan favorites as "Waiting for the Elevator" (the title track of Laurie's most recent, NAPPA award-winning album), "Victor Vito," and "Pig on Her Head." Kids and grown-ups alike should plan to grab their instruments, their dancing shoes (or socks), their beach towels, and an animal for their heads.

There'll be music and a craft activity in the virtual lobby before the show, and Laurie Berkner Band members Brady Rymer, Susie Lampert, and Bob Golden may even drop in to spend a bit of time at the Dinosaur Beach Party!

Each Regular Family Ticket includes access to the livestream for one device and an exclusive "welcome" video from Laurie herself.

– Two-Minute Virtual 1-on-1 Private Meet & Greet with Laurie Berkner after the show between 6:15-8:00 p.m. ET. Participants will be called directly when it is their turn. (Laurie will do her best to get East Coast families in early to respect bedtimes!)
– Virtual Photo Opportunity with Laurie Berkner.
– Recording of video session emailed to ticket holder 3 days post-event.
– Opportunity for parents to chat with fellow families in the Virtual Waiting Room while awaiting their turn in line.
– Live tech support.

*Need-based tickets, intended for those who truly need a discount, are available.

One of the most popular children’s entertainers in the U.S., Laurie Berkner has filled countless venues nationwide with adoring fans. Her secret? Laurie’s shows are participatory throughout; her songs get kids (and adults) on their feet to sing, clap, and dance along. She keeps even the youngest audience members fully engaged with dynamic expressions of musical joy in active songs like "I'm Gonna Catch You" and "Rocketship Run" and gives everyone a chance to catch their breath between high-energy moments by including quieter interludes featuring songs such as her classic "Moon Moon Moon." Laurie displays an instinctive understanding of children's natural rhythms and energy in her shows, which keeps kids enraptured and brings parents happily along for the ride.

The Laurie Berkner Band
*Times, dates, and prices of any activity posted to our calendars are subject to change. Please be sure to click through directly to the organization’s website to verify.