Movies in the Park

Kyle Parks and Recreation Department is proud to present the 20th year of Movies in the Park! This year's event will be held at the basketball court at Gregg-Clarke Park, 1301 W Center St. This event is free to attend, no registration needed. Just show up, and make sure you bring the whole family! The movie will begin at sundown! Grab a blanket and a friend for another great season of the Movies in the Park shown on the big screen. Movies in the Park are FREE and fun for all ages! All movies are rated G or PG, except when noted.
Dates:
05/27/2022
06/10/2022
07/08/2022
Show more dates
Hide these dates
08/12/2022
Sundown
Learn More 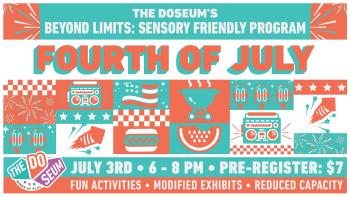 Beyond Limits: Fourth of July - At The DoSeum

The July 4th Beyond Limits will be bursting with sensory-friendly activities and performances! Kids can paint their own firework display and experience a magic trick inside their favorite DoSeum exhibit from a traveling magician. Community partners will also provide resources and information for your family.
Dates:
07/03/2022
6:00PM-8:00PM
Learn More 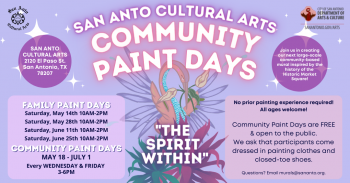 The 40th Anniversary of the Tejano Conjunto Festival will feature the very best in Conjunto music and dancing over five days at Rosedale Park. The Festival also includes a symposium about the history, development, and future of Conjunto music, and a film festival highlighting four decades of classic filmmaking about the music, the musicians, and the culture. There will also be a gathering of living Conjunto Music Hall of Fame musicians, as well as new inductions into the Conjunto Music Hall of Fame.
Dates:
05/20/2022
05/21/2022
05/22/2022
see website
Learn More 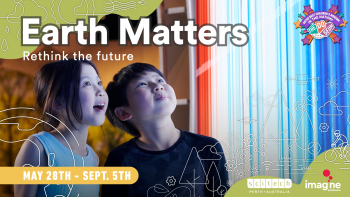 Earth Matters: Rethink The Future - At The DoSeum 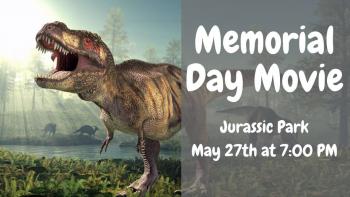 Come step back in time and celebrate the upcoming swim season with a free showing of Jurassic Park on Memorial Day! Take a photo with a Jurassic dinosaur, a model Jurassic Park jeep, and learn all about the wonderful world of dinosaurs. Free swimming starts at 7 PM and the movie starts at 8 PM! This is a free event. No reservation required.
Dates:
05/27/2022
7 pm
Learn More 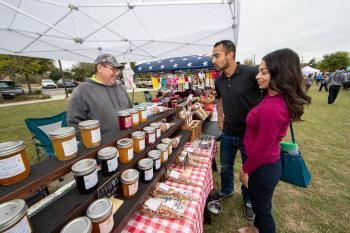