Beyond the Nest Reviews Geva’s THE HUMANS 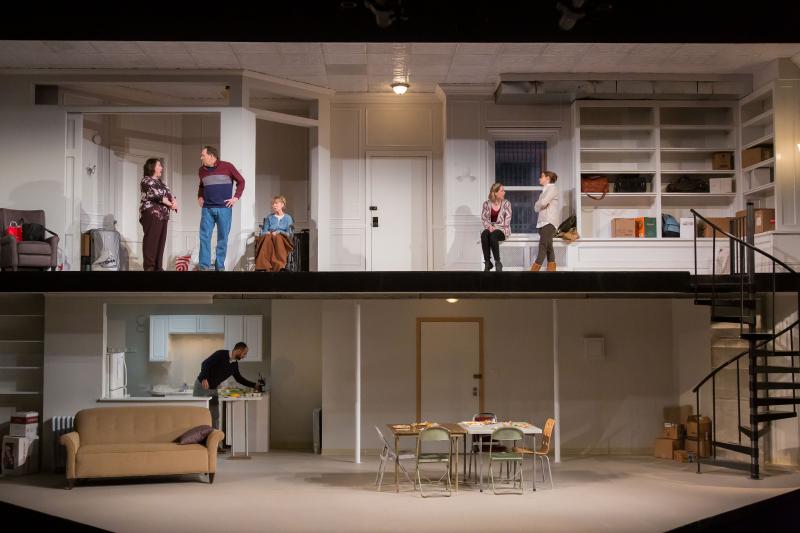 The Humans, Stephen Karam’s four-time Tony Award-winning play, opened on the Wilson Stage at Geva Theatre Center this past Saturday. The Blakes, who hail from Scranton, PA, meet in their daughter’s and her boyfriend’s new duplex apartment in Chinatown, to celebrate Thanksgiving. Never mind that their furnishings are being held hostage by the moving company, forcing the family to share food and holiday fanfare over card tables, paper plates and plasticware.

For just a moment, picture your Thanksgiving, layered with its time-honored traditions as well intense, interesting family dynamics. Now, imagine everything gone awry. This, of course, serves up a delicious repast of humor, pathos, and heartwarming family moments and memories.

We quickly discover that the apartment’s fresh coat of white paint and large empty rooms are the landlord’s attempt to camouflage the building’s nastier features, just as family smiles and wan reassurances that “everything’s fine” are a veneer to hide the Blake family’s unsettling secrets.

Although the geographic distance between parents and daughters is not far, they are worlds apart generationally, socially, emotionally, and financially. Parents Dierdre and Erick Blake struggle with the fact that their daughters have cast off many family values, such as religion and marriage. Toni DiBuono and Skip Greer give richly-textured performances as a couple dealing with such complex issues as marital challenges, financial woes, a parent’s declining health, and the frustration of being unable to protect their children from life’s slings and arrows.

As Momo, or Grandmother Blake, Susanne Marley finely captures the devastation caused by Alzheimer’s disease. I kept wishing the playwright allowed us to see a few moments of the woman Momo used to be, rather than only the specter that appeared through her family's love and reminiscence.

Regan Moro buoyantly plays musician Brigid Blake, who navigates the uncharted, and sometimes choppy seas of trying to help her boyfriend Richard fit in with her family. Richard’s status as soon-to-be recipient of a significant trust fund makes him suspect with Brigid’s hard-working-but-struggling, middle-class parents.  As Richard, Thamer Jendoubi strikes a fine balance between walking on egg shells and revealing just enough of himself for Brigid's family to like him. 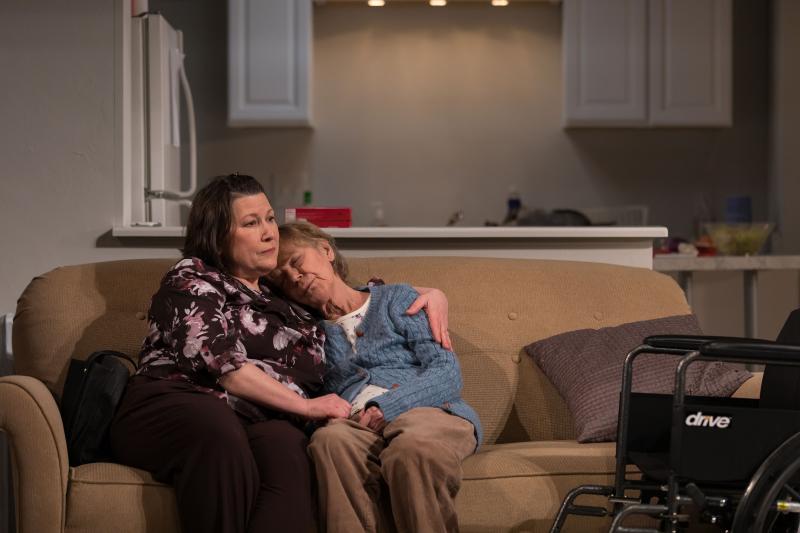 There is humor and poignancy, as Aimee (Madeleine Lambert), a Philadelphia-based lesbian attorney, shares life-altering health news with her sister that she has not yet revealed to her parents, and wonders how it may impact her ability to find new love. Lambert endows her character with a strength forged of adversity. The relationship presented by Moro and Lambert  allow us to almost look back into their childhood where mutual love, trust, and their close bond was cast.

During the final scene, after Erik Blake’s revelation to his daughters about the monsters that eat away at him, you may find yourself holding your breath in suspense as Director Mark Cuddy and Skip Greer craft as finely an orchestrated dénouement as you’ll find in theatre.

This is a touching play we can each relate to about love, family, humanity, and the ties that can chaff and bind just as surely as they hold us together and keep us strong.

The Humans, co-produced by Geva Theatre Centre with Syracuse Stage, can be seen on Geva Theatre’s Wilson Stage through March 17.