I thought I had left those days behind, but when "Another Brick in the Wall" came on the radio last week, I suddenly realized that this horrifying and unsettling and oddly brilliant 1979 album (and the film 3 years later) had left me with some important lessons for life and for parenting.

The wall that The Wall is talking about is the psychological wall that people who have been hurt build around themselves for protection. It's useful, because who wants to be continually assailed by the horrible things people can say and do? But, as The Wall demonstrates, walling yourself off from the world prevents all of the good stuff from coming in, too, and it ultimately makes you lose touch even with yourself.

So: Walls=BAD. Check. Got that, said my teenage self. I need to learn to deal with the world without walling myself off from the painful stuff. What else ya got for me, Roger Waters? 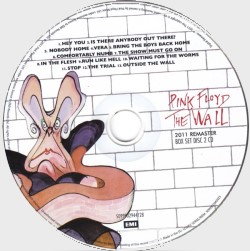 Overprotecting=BAD. Okay, Roger, got it. When I'm a parent, I'll remember that the whole point is to help my kids gradually become capable of managing the world on their own, and to give them confidence that they can master it and be happy. Anything else?

We don't need no education? Well, Roger, it's probably unwise to take THAT one too literally.

We don't need no thought control.  That's better. Roger that. That's a keeper.

Hey, You! Is there anybody out there? Don't leave me now. The show must go on. I have become comfortably numb....

Well, KOAA readers, it looks like we've reached the limit for how much Pink Floyd can teach us about being better parents. Next week in the parenting wisdom limelight: Canadian rock band Rush. Not kidding. Stay tuned.